Pumpkin Pie (Made From a Real Pumpkin!) with Vanilla Whipped Cream 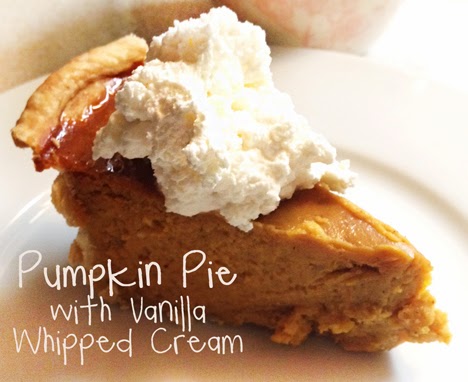 So this would have been a totally "from scratch" pumpkin pie but I got lazy about the crust and went with an easy refrigerated crust instead. Don't judge me. I did however, cut up and scrape out the  pumpkin I bought at Oak Glen back in October... remember that lil guy? After roasting it, I pureed it and made it into a pie with a little (okay, who are we kidding here??) vanilla whipped cream for Thanksgiving-- delish!


This is a yummy recipe and perfect for this time of year and a great way to use up smaller pumpkins saved from Halloween carving. See recipe below:

Preheat oven to 375 degrees F. Remove stem from pumpkin and cut in half; scrape insides and remove seeds (I saved mine for toasting!). Lay halves of pumpkin face down on foil-lined baking sheet and rub skin with canola oil. Bake for about 1 hour, until fork tender; take of oven and let cool. Once cooled, scrape out pulp from the roasted pumpkin (makes roughly 4 cups) and puree in blender or food processor until smooth.

Press refrigerated pie crust into pie dish or pan, remove excess from edges around the top of the dish. Pour filling into pie crust and bake for about 1 hour or until filling is set. Remove from oven and cool for at least 30 minutes, or chill, before serving.

Using your mixer, beat cream, vanilla, and powdered sugar in a large bowl until soft peaks form. Store in air-tight container in refrigerator. 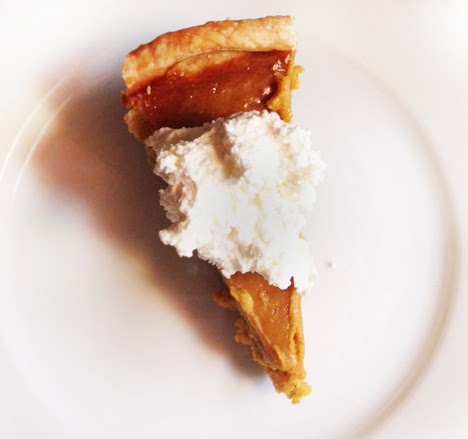 P.S.- Don't leave your bag of powdered sugar on the stove near where the oven vents. Yeah, that happened.

Linking up with Meal Plan Monday