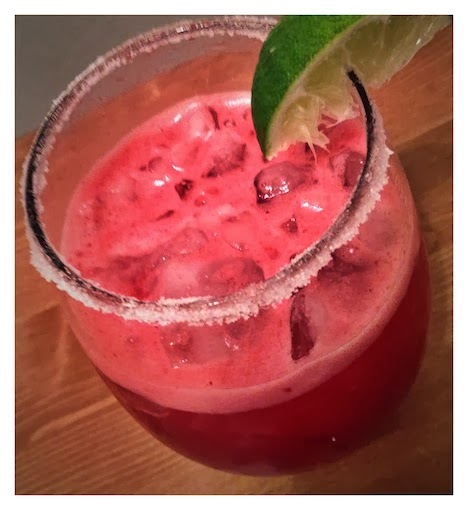 My life lately has been revolving around food... at least according to my Instagram feed! The first image is of an amazing skinny blackberry margarita I made for National Margarita Day-- it was SO good! 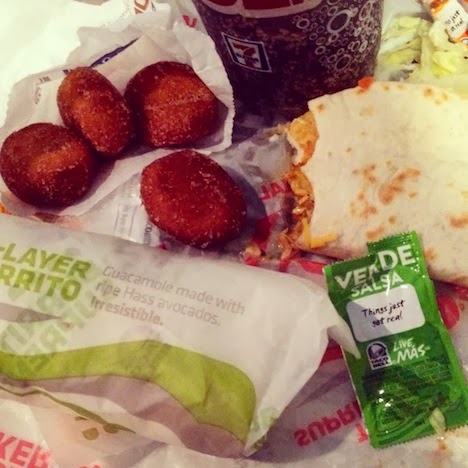 #SorryNotSorry but I love me some Taco Bell. Have you tried the new Cinnabon Delights? Addicting. 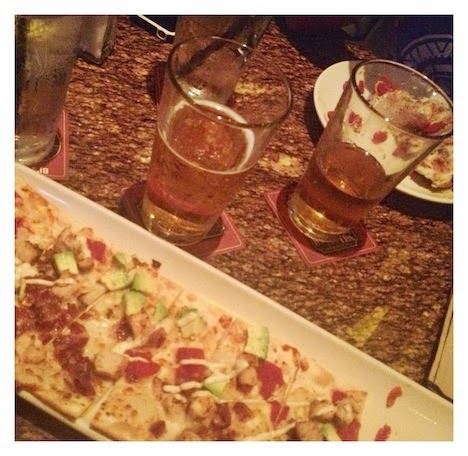 Last week I received some fantastic news, which I will soon share :P We celebrated with beer and pizza at BJ's, and of course we couldn't leave without getting a chocolate chip Pizookie! 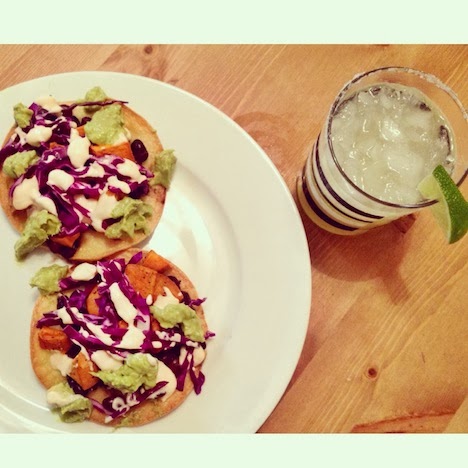 On a healthier note, I made roasted sweet potato and black bean tacos (shown with a spicy margarita!). If I hadn't used sour cream for the chipotle lime sauce, these would totally be vegan. 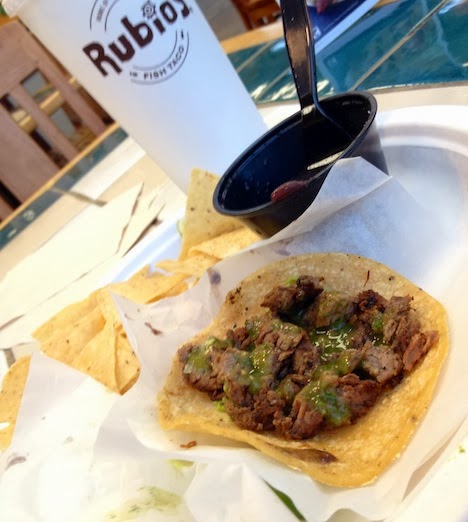 When I want to step it up from Taco Bell or Del Taco, I always get the street steak tacos from Rubios. I love those lil suckers. 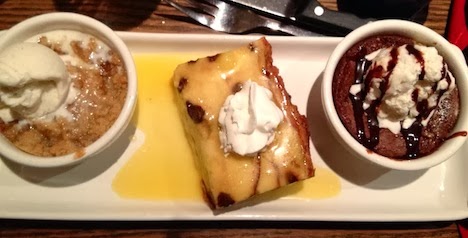 We ended up at Mimi's Cafe last weekend and received a dessert trio with our meal. I wasn't into the Bread Pudding (middle), but the Apple Cinnamon Crisp à la Mode and the Triple Chocolate Brownie Sundae were pretty good. 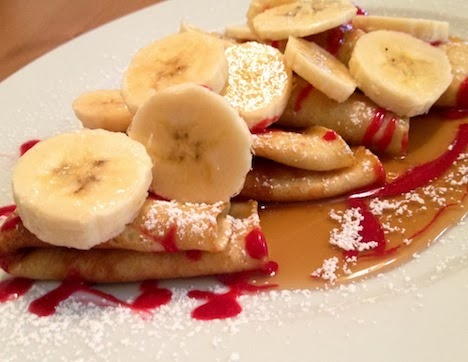 For breakfast on Sunday, I made French Pancakes (similar to crepes but smaller and thicker) with a homemade berry sauce. So easy and SO freaking good! Maybe I'll be nice and share the recipe soon :P