How-To Live Without The Internet 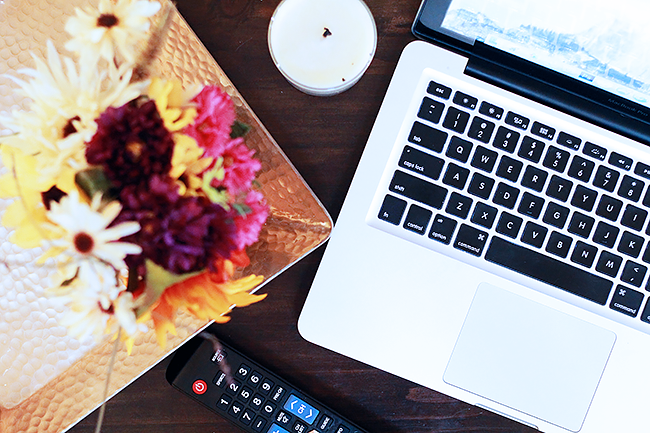 Hey all- I'm back! It's been a rough past few weeks (check out my last post to get the 411 on what's been going on) and I just had to step away to get myself in a better place mentally. I didn't think it would be fair to my readers if my heart wasn't in it, but I'm happy and excited to get A Good Hue back on track with fresh content, ideas and inspiration.

On top of everything going on family-wise, we also had the stress of packing up and moving (and then unpacking) a week ago. We're getting settled in and we're super excited to be out of the apartment and in a much bigger place (no stairs!) but there is one problem... NO INTERNET.

I know, I know...I don't know how we're surviving either. No internet means no blogs. No Netflix. No Housewives. Okay, I'm not that devastated, I may or may not even be writing this from a nearby Starbucks, drink in hand. So what have I been doing without The 'Net?


While packing I came across a copy of 'Midnight in the Garden of Good and Evil' that my mom lent me after we came back from Savannah. I thanked her with promises to read it soon and placed it on my bookshelf... where it's been sitting since. Whoopsies. As I unpacked, I set it aside cracked it open this past weekend and haven't set it down since.

I've also had plenty of time to unpack and organize everything, without the excuse of TV or Netflix I found that I'm actually able to get a lot done. The house was pretty much finished within two days of moving in. I even organized the junk drawer. Like, what?

Moving to a new neighborhood means well, getting to know that neighborhood. Figuring out the shortcuts, learning where everything is and of course in my case, exploring the shopping options. Especially finding the closest Target. That's just a must.

DVDs. Did you know those still existed? Kidding! We're those people that actually use Redbox. Here's a little known fact about me-- I actually hate going to the movies and prefer watching movies at home. I haven't been inside a theater since 2013 I believe... isn't that nuts?? Anyway, we have a pretty sparse DVD collection and I only have one show on DVD-- The Hills. Seasons 1 and 3 to be exact. It's kind of nice to catch up with LC and the gang.

So tell me, what would you do without Internet for a week or two?